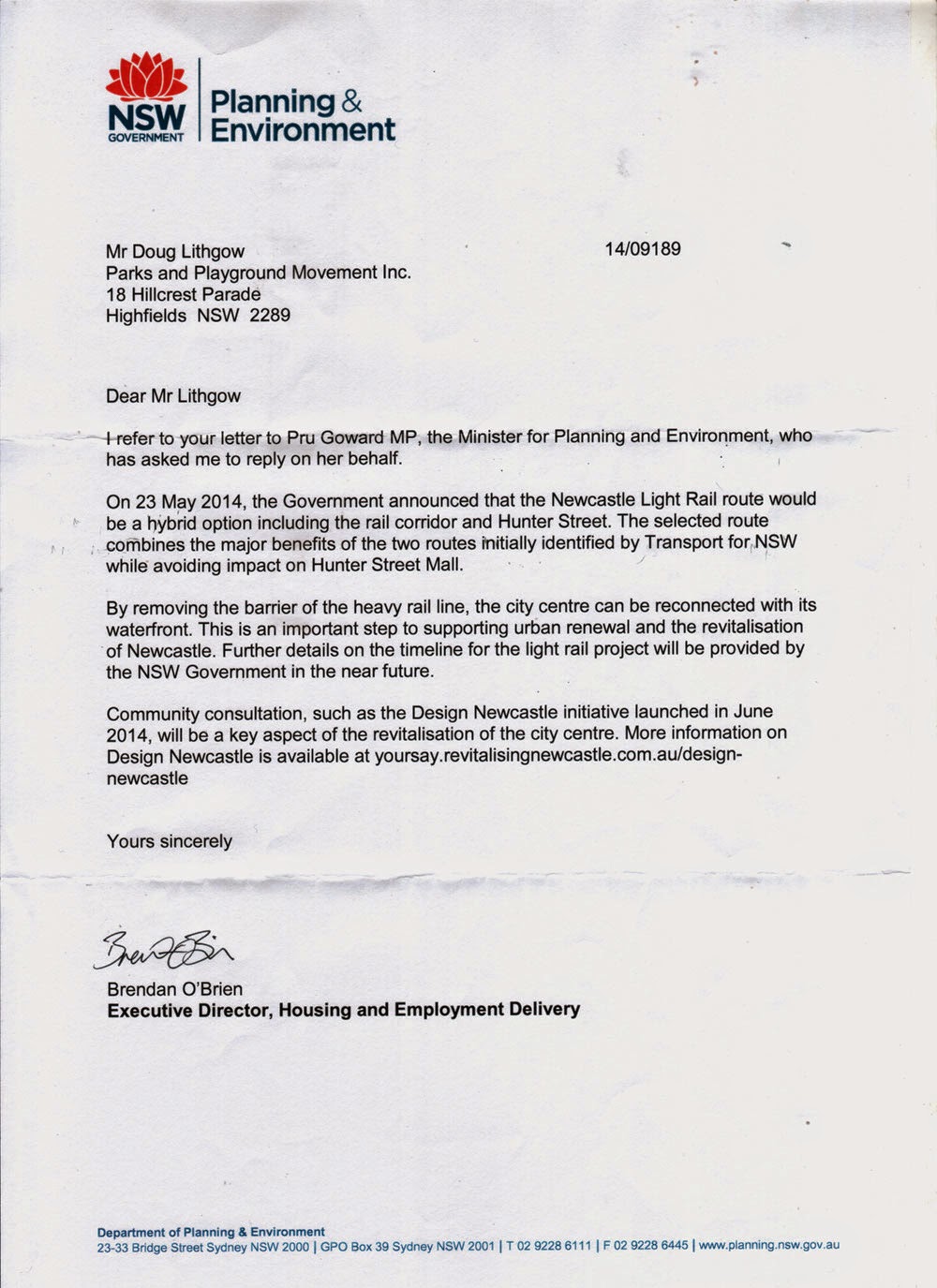 The Hon Gladys Berejiklian MP
Minister for the Hunter and Transport
1 Farrer Place
Thursday, 22 May 2014

Parks and Playgrounds Movement is opposed to the illogical termination of the rail connection to historic Newcastle. Trams are a separate issue and a tram network could be established for Newcastle and suburbs quite separately to the current rail debacle. The existing rail corridor from Newcastle Station to Hamilton Station is principally a question of Tram/Train rolling stock to be used between Hamilton and Newcastle or existing rail services with the re-establishment of the over bridges and level crossings removed in recent years.

We ask the Minister for Planning the Hon Pru Goward MP to establish a Planning Commission of inquiry to hear objections to the revitalisation proposals and alternatives in a fair open and transparent way.

The announcement by Planning Minister Brad Hazzard in March 2013 that the rail would be cut to Newcastle and a new Terminal Station and Interchange built at Wickham is the sort of arbitrary announcement that is not acceptable as a base for the Newcastle Renewal Strategy. We insisted at that time that an Environmental Impact Statement should be prepared and exhibited setting out the social and environmental impacts and alternatives to justify this extraordinary announcement. Because of the lack of official consultation it is essential that a Commissioner be appointed to hear objections to the Revitalisation Proposals. This is made even more important because of the extent of the current ICAC corruption inquiry.

The Movement has watched proposals for removal of rail connection to the city as since 1952. Such proposal may have had some sense in 1952 when private transport was beginning to supplant public transport but today they are misguided and based on a false understanding of the morphology of Newcastle and future trends in public transport. The Development Application for GPT is another outrage and blight on the planning history of the heritage city of Newcastle. GPT has had a negative influence and the current proposals are unacceptable.

Ironically the rot began when the Newcastle City Council adopted a special rate in 1988 over properties within the Newcastle Business District to fund the activities of the Newcastle CityCentre Committee (registered 1996 deregistered 2008). In 2000 the Newcastle Alliance Inc was set up by Newcastle Council to implement the Council’s Merchandising Plan. The Newcastle Business Improvement Association Inc. registered in 2011 is now Council’s recipient of the rate funds. These bodies have been Council Committees spending rate funds in excess of $10million dollars. An enquiry should be held into the amount of funds collected and how the funds have been disbursed. The Movement was particularly concerned when the Alliance, became involved in political advertising for the last state election. 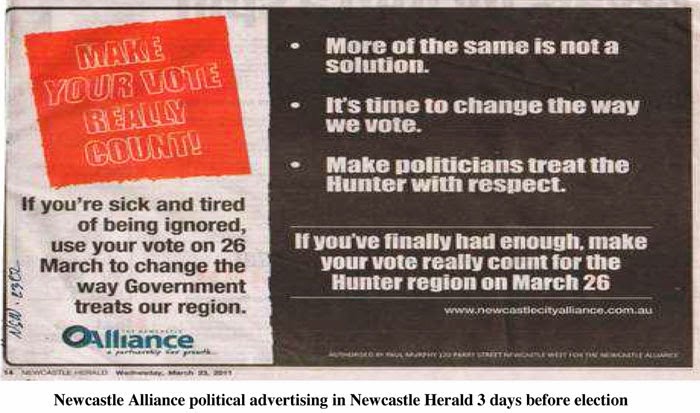 We believe that the property lobby through the Hunter Development Corporation and Newcastle Alliance have pursued revitalisation without transparency and public scrutiny. The HDC’s life as a renewal body began in 1993 with the endorsement of the Honeysuckle ‘Approved Scheme’ by Minister Mr Robert Webster 15/3/93. 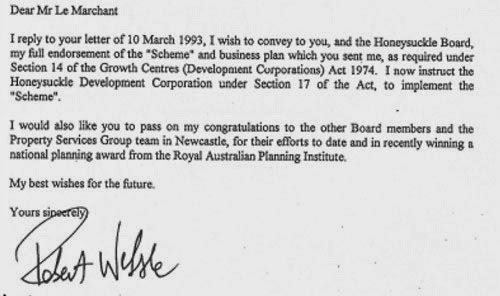 This Scheme prepared under Section 14 of the Growth Centres Act and ordered for implementation under Section 17 of the Act is an embarrassment in that it was never exhibited publicly and revised. The HDC has now been given reign over the whole Hunter region. Truly the HDC has done good work in the renewal of the former railway yards, Carrington and the Marina Precincts but has failed to implement their key objectives in the Honeysuckle Central Area. HDC encouraged existing development from the traditional CBD. (Notable examples include Hunter Water, the NSW Planning Department and Newcastle Museum) This has been the opposite of Urban Renewal and the Parks and Playgrounds Movement believes the HDC should now be disbanded.

Passenger rail services to Newcastle’s historic Station are germane to Newcastle Urban Renewal growth. The existing passenger rail stations are located in strategic positions within the identified renewal area and are the critical focus areas that should feature in any effective renewal strategy. Improved access to Wickham and Civic Stations as recommended by the Director General of Planning are 15 years overdue and should be implemented immediately. 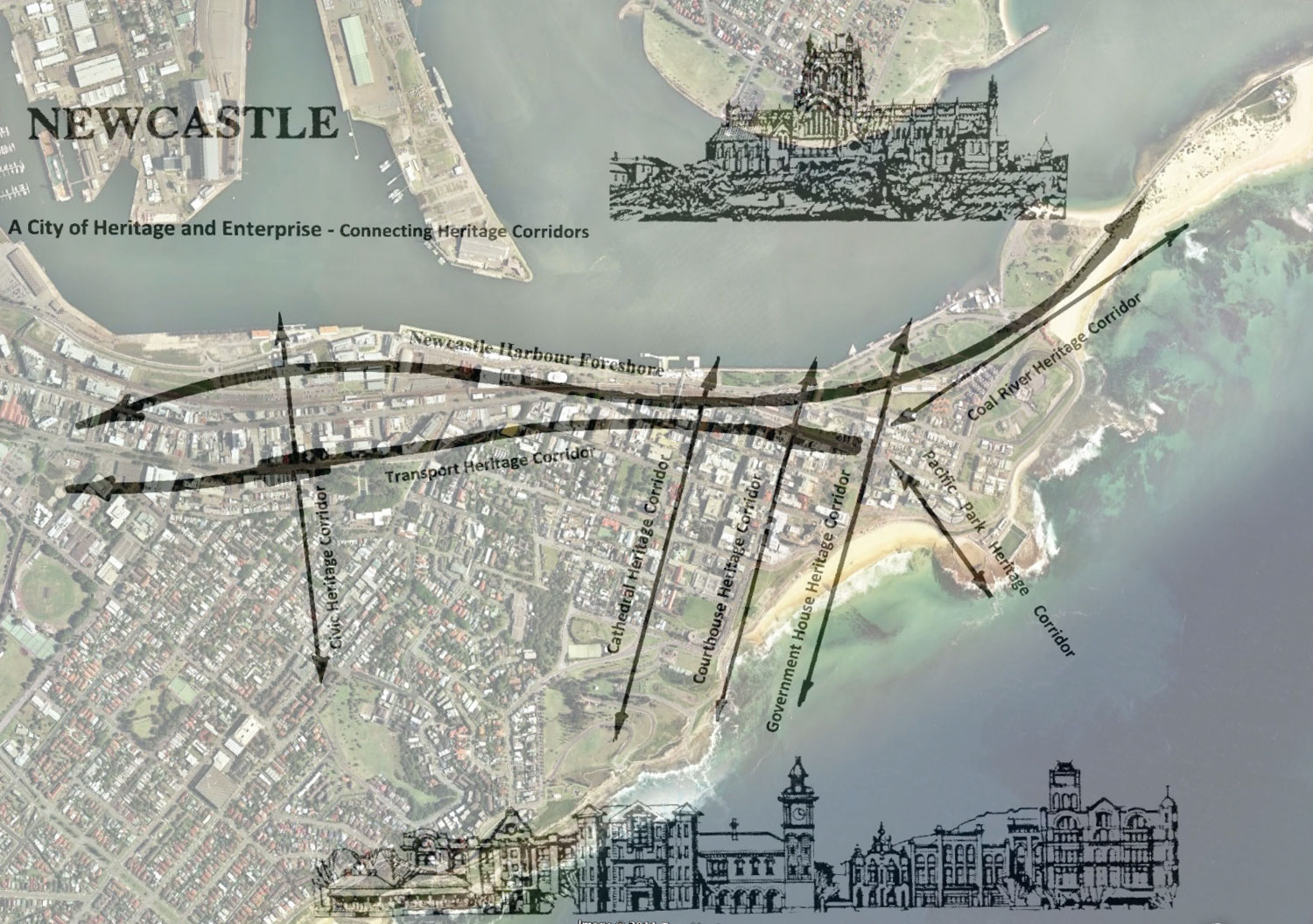 Revitalisation has been progressing since 1988 but the integrity of the city renewal has been held-up by the straightjacket of the Honeysuckle Development Corporation and vested property interests for twenty years because they have been wrongly targeting the removal of railway services and destruction of the unique heritage values of the city of Newcastle.

We believe that the previous Minister for Planning acted recklessly in 2013 in announcing a termination of passenger rail services to historic Newcastle Station. He disregarded the rights of the disabled, the young and the elderly, indeed all railway users and the people of the region. The Planning Minister in 1998 should have directed the HDC to vary their approved scheme in accordance with the provisions of the Growth Centres (development corporations) Act to include the city’s heritage rail spine and comply with his Regional Environmental Plan Honeysuckle Amendment 3 shown below. 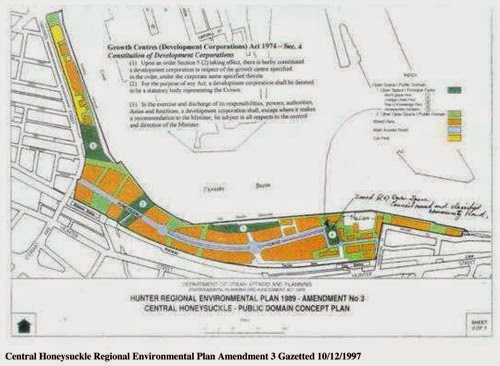 Under today’s circumstances the two new replacement Level Crossings should be completed at Steel Street and Worth Place. (The roads each side of the railway have been in place for many years) and the three pedestrian over-bridges should be replaced at convenient locations between Wickham and Newcastle. The only other logical way to modify the rail is to introduce a number of Tram/Train carriages to run continuously between an improved terminal station at Hamilton and a revitalised Newcastle Station with a proposed Arrival/Departure concourse featuring views to heritage building and providing , travel facilities and food outlets. This could allow for as many road or pedestrian crossings as required in the future. 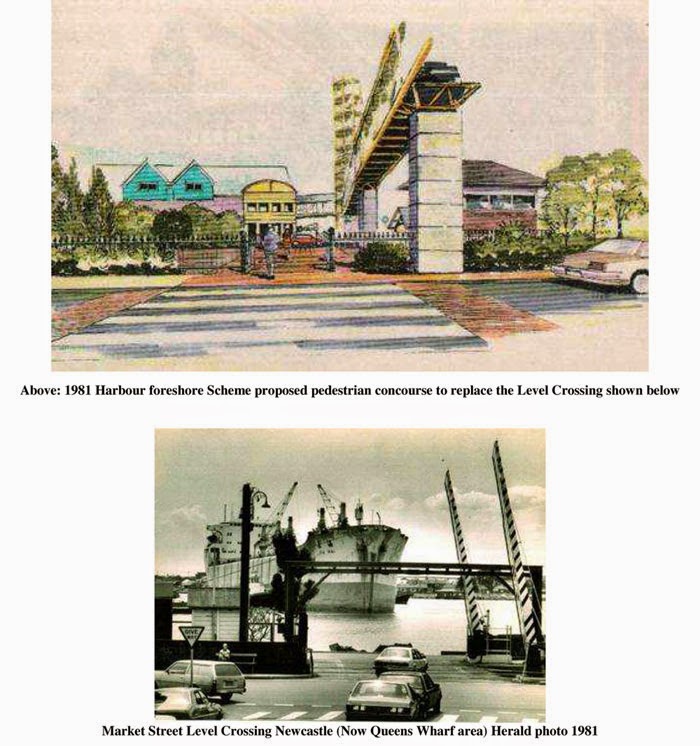 The Newcastle Railway Station is a heritage place having the distinction of being a unique terminal station of the Great Northern Railway which is the second passenger rail system in NSW (Newcastle to Maitland-1857). The existing station is beautifully situated in the heart of historic Newcastle close to the harbour Foreshore and the Newcastle Beaches. It is listed on the NSW State Heritage Register and is surrounded by other State Heritage Items including the Coal River Precinct, Nobbys Headland and Fort Scratchley and the Convict Lumber Yard. The wonderful Customs House with its distinctive clock tower and Time Ball and the Great Northern Hotel are heritage listed sites adjacent to the station. Many elderly and disabled people as well as commuters from the Central Coast and from the Hunter Valley including Maitland travel to Newcastle rail station to access this unique destination and appreciate its excellent accessible platforms with their easy access to the harbour and Stockton Ferry wharf and bus terminal. 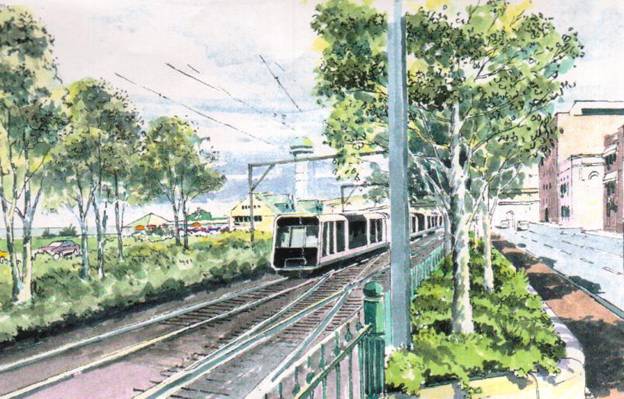 Newcastle Railway Station is a heritage place of distinction with many State Heritage listed Items
The Movement proposed that an Arrival/Departure Concourse be established as an activity hub at the rail terminal.

The mistakes of HDC, for example, in buying the longshore wharfs and removing them. The building-out of the planned Flinders Cove project which was a feature of the 1993 Civic Design proposal was a mistake as was the destruction of the view corridor from Merewether Street to the harbour with the ugly Crown Plaza Hotel development. It is essential that an independent Planning Inquiry be held to advise the Minister for planning so that the people of the Hunter region can be guaranteed a fair undistorted input to the decision making process.


Clearly there is much to be done to reappraise the Renewal Strategy in a fair and transparent way and retain convenient rail access and the heritage values of the historic Newcastle.