Development application 10/1735 for land at King Edward Headland Reserve No.1011189 . The Parks and Playgrounds Movement placed an objection to the earlier DA which is still relevant to the amended Development Application and this submission is in addition.

We reaffirm that Council has a responsibility to make sure that the official plan of management is implemented for this important Headland Crown Land Reserve. The current DA submitted by Annie Street Commercial P/L as amended, fails to meet the vision and objectives of the official Plan of Management. It does not suitably address the management strategies as set out in the plan 3.14 and it fails to respond to the design principles which have been embodied into the Concept Plan 4. and the Park Reserve Concept Plan illustrated in the Plan of management (Page 37). 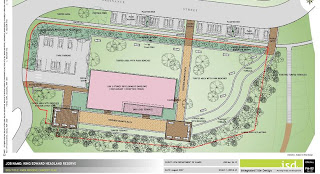 The development of this Headland Public Reserve is of great concern to the people of Newcastle and the Hunter Region and the detail and principles of the official Plan of Management must be applied to any proposed development of the reserve.

The current DA should be rejected and the proponent asked to prepare a new DA that allows unfettered public access to the scenic Ocean and Parkland views from the Headland Public Reserve along the southern boundary as clearly required by the official Plan of Management and by the published call for Expressions of Interest documentation (below). 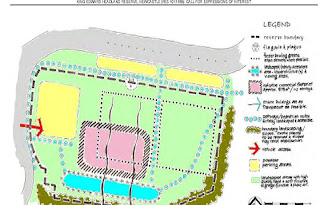 King Edward Headland Reserve 1011189 comprises Lot 3109 DP755247 and is a Crown Reserve dedicated for Public Recreation by notice in the Government Gazette of the 23 December 2005, Folio 11250. In the same Gazette the Management Corporation Lands Administration Ministerial Corporation was established as the Trust for the King Edward Headland Reserve. (Gov. Gaz. 23 Dec. 2005 Folio 11250)

Lot 3109 DP755247 was formerly occupied by Newcastle City Bowling Club under a Special Lease 64-46 (Bowling greens and clubhouse) subject to conditions Notified NSW Gov Gazette Feb 1966 Folio 963. The Crown Survey Plan registered 18/2/1963 N. 8454- 2111 charts Lot 3109 as an in-holding within the boundary of King Edward Park dedicated for recreation in1863. The whole Park was further dedicated for Public Recreation as King Edward Park 10th March 1894 and the headland reserve land again dedicated for public recreation in 2005. The land has always been zoned for Open Space and Recreation since planning began in the Northumberland County.