Where is our fine City Square? 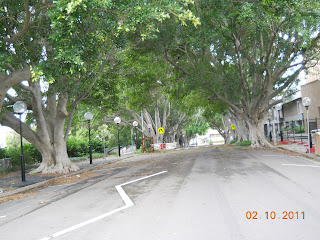 Where is our fine City Square?

Since 1952 the Parks and Playgrounds Movement have watched and supported the establishment of Civic Park. The enlarged park was proposed as a feature of the 1952 County planning scheme and the guiding vision was for a fine Civic Square as a gracious setting for important public buildings.

Our Councillors have again fumbled the task and new start is needed. To implement that vision requires an even handed Council with a clear process and meaningful public participation.

Overstating the fig risk to escape public input and trigger the Roads Act was a mistake that created dissension and has ultimately left Laman Street naked and without shade, shelter or beauty.

That mistake could not corrected by belligerence or a contingent of police. What was needed was an independent expert to check Council’s calculations and assumptions and for council to get on with preparing and adopting an official landscape plan.

We as a city are now left the poorer and our fine City Square and Cultural Precinct is still just a vision.

WHAT MINDS HAVE BEEN ENNOBLED IN THE DESTRUCTION OF THE LAMAN STREET LANDSCAPE?

Parks and Playgrounds Movement is poignantly aware of the long process of preparing and nurturing a mature Landscape to replace the Laman Street Cathedral Arch recently removed.

The enclosed letter (below) sets out the problem from the community point of view.

The Movement has watched this process with its gains and losses over the years since 1952.

We prepared the first community concept plan for the Civic Square in 1968 which was rejected by the Council at that time but helped raise awareness about the problems and possible solutions available.

We are naturally disappointed at the untruthfulness which we have revealed in the attached letter and look forward to an improved culture in Council and ultimately the creation of a worthwhile Civic Landscape in the future.


For over 60 years we
have continued the fight for the Hunter Region's Natural and Cultural Heritage.