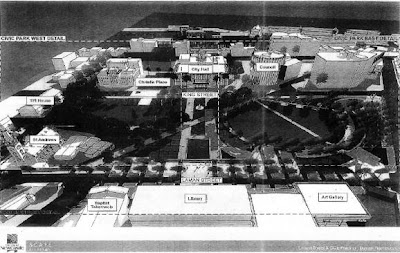 Parks and Playgrounds Movement calls upon Newcastle City Council to officially exhibit the Draft ‘Laman Street and Civic Park Precinct Design Framework’ and resolve the design framework before contracts are entered into for implementation of the Laman Street section.

Please see the information provided below which sets out the history of Council’s action on the Precinct and explains the importance of resolving this design matter so that the design can be transparently determined and professionally implemented.

This is a very important matter in the heart of Newcastle and must be implemented in an open and transparent way and not by the clandestine techniques being used currently by the Newcastle Council which denies the people of Newcastle a voice in the determination of the design process.

The Civic Precinct is another project started by the Parks and Playgrounds Movement so many years ago and we have had to watch Councils over the years not really know what was important in the project and now move in a ham-fisted way to widen Laman Street into the Civic Park and cut the trees down before finalising a workable design acceptable to the community.

We are adamant that the design be properly and professionally determined implemented in a transparent way now.

We have had to urgently seek a remedy in the Land and Environment Court to prevent the Council misusing the Roads Act to widen Laman Street into the Civic Park and cut down trees.

This is a very urgent matter.

If you would like to kindly make a donation to help defray court cost we would be very appreciative. 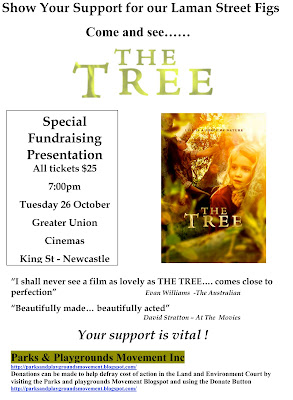 Parks and Playgrounds Movement calls upon Newcastle City Council to officially Exhibit the Draft ‘Laman Street and Civic Park Precinct Design Framework’ and resolve the design framework before contracts are entered into for implementation of the Laman Street section.

Parks and Playgrounds Movement have a long term interest in the Civic Precinct. We first placed a concept for the Civic Precinct before the Newcastle City Council which was received at the Works Committee Meeting of the 16/4/1968. Council did not have a professional Town Planner at that time and the concept languished. We had to lobby over many years to get Council to appoint a Planner. However Council began acquiring property around Civic Park and implemented projects such as the Administration Centre and Wheeler Place Plaza.

In the past decade and a half we have seen Council involved in proposals for the precinct:

The Civic Park Plan of Management (Point 2. above) was the only plan officially exhibited and formally adopted. (A requirement under the Community Land provisions LG Act 1993)
The professional development of the latest Precinct Design Framework and its implementation following official exhibition has been hijacked by the Council’s Asset Management Group with its exaggerated tree risk analysis and what appears to be the General Manager’s ambulatory powers under delegation to remove trees and widen the Laman Street into Civic Park.

The public may remember the way the Newcastle Council closed the unique Fernleigh Tunnel in 1996 on exaggerated risk grounds. This delayed the implementation of the Fernleigh Track for many years. The Track with its distinctive historic tunnel is now open and well used and is a much appreciated part of Newcastle’s public infrastructure.

Parks and Playgrounds Movement calls for the Public Exhibition of the Draft Design Framework for the Civic Park Precinct and its transparent resolution.
No comments: